you all know who you are that called and texted. it was a lifeline in an outrageous sea. i'm ok and mostly i've been pretty good. there was a tough time last night and then again tonight. but, i'm weathering the storm.

now i sleep and tomorrow it is over. and, the new year is almost here. i am feeling a deep breath coming on.
scribbled by Char No comments: 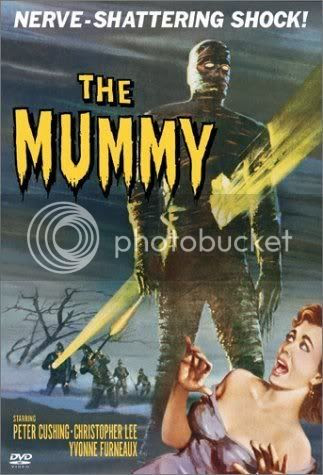 When owls devour their prey they regurgitate the bones and other parts that are indigestible to them. There is an entire science devoted to reconstructing these pellets, just as archaeologists reconstruct ancient civilizations from the pieces not reclaimed by man or nature.

Isn't that the essence of blogging? The swallowing of life and regurgitation of small pellets of information? At times leaving the bare bones for others to pick over and reconstruct their vision of our lives. In years, what will someone make of my leavings? The skeletons I've stripped bare for the public? What about the parts that I keep, digesting and masticating? Some of those will finally become indigestible to me.

I have a feeling that nothing anyone can unwrap about me is very shocking or surprising. This 18 month or so journey into myself has done as much as a lot of therapy has in the past. It's helped me hold a mirror in front of me and face some simple facts. Among the most comforting and then the scariest at the time time is that I'm not alone in the fears that I face. One of the things that feeds the monster is the feeling of isolation and freak-dom that I thought I felt because of the things that happened.

So, I continue to face my mirror, getting down to the true me - bones, skin and all of the terrible parts I never wanted to digest.

Today there was one more item crossed off the list to make the passing of my mother complete. It's difficult keeping up with the small details we never notice we do. Turning off the cell phone account - my lifeline to her. Funny thing, she never kept it turned on except when she wanted to call you. She never even set up the voice mail over four years. Always that voice telling me the voice mail was not set up. That was my mom - technology avoidant.

The representative today made me think of that quote about being kinder than necessary because we never know what the other person is experiencing. In today's world I find it difficult to think that many people do it. But she was...overly kind. Some how it made me cry harder.

Maybe that's why people aren't kinder. Because of those feelings we feel when someone is kind. Maybe we've grown so accustomed to cruelty and abuse we no longer recognize the goodness. Maybe in the past kindnesses have been used as weapons. You know those trojan bastards set a bad example of that with gift horses.

Kindess cruelty is that passive agressive sword that carves a wide path of destruction and insecurity. Some people have become so talented at it, it is difficult to recognize at first. But it rips at a soul and renders that person insecure and timid....or, it can have the opposite effect of making them cruel. Always with the extremes, no?

I'm not sure where that came from, so I'm going to let this piece of my soul lay barren. Admit that I have problems accepting kindnesses at face value. Maybe from that I can learn the lesson taught today.
scribbled by Char 3 comments: 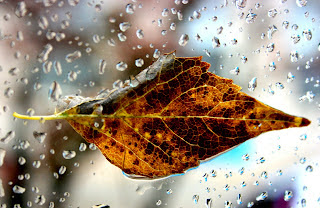 My stomach hurts as it seems wont to do over the past month or so. Anxiety and despair eats at me like tiny little sharp-toothed pixies determined to take me apart one pore at a time. I am overwhelmed much like I was 15 years ago when I was divorced. Then I had parents to fall back on, a support system. Now, with mother gone...I feel alone - even with the brothers and sisters. Though they love me unconditionally, they will never love me like my mom and dad did each of us.

This weekend, we opened old wallets and found old pictures. Pictures of when they were young and foolish and in love. Pictures of times long forgotten in the raising of children, poverty and illnesses. It's the condition of most people. We stand at the brink of tomorrow never dreaming of the horrors tomorrow can bring. We are bullet-proof and golden. At the end does it really come down to being broken and clay-footed?

I've lived my life on the premise of a fairytale. "I deserve more. I will get more. I will be loved." But quite possibly, this could be all I get. I realize that. I realize that mostly the fairytale is the stuff that gives up strength to survive day by day without becoming too hopeless and depressed. Too often expectations are our downfall. Expectations that do not change with time and circumstances. It is so difficult to love without expectations.

Standing at the edge and looking down...it looks murky and deep and soul sucking. But life pushes forward no matter what. The lady or the tiger (or would that be the man or the tiger?)....both can destroy you.

giving into the wave 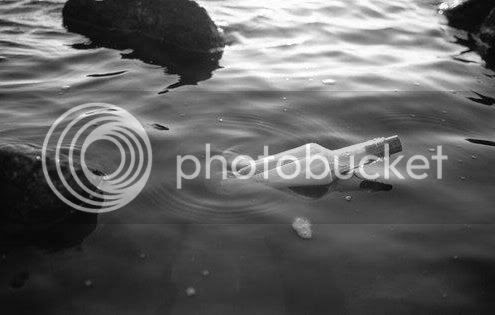 Life has an ebb and flow much like the ocean. Ups and downs much like the tidal pull of the moon. I've been thinking a lot of things I need to let go - things that I may never see an end to or know why it works that way. Things that drag me down like the mariner's albatross. Why I chain myself when I could be free.

Instead of sending messages in a bottle. What if I put in worries and woes and let them go. Without guilt. Without worry. Maybe with a smidgen of love and a sigh of release? If I could envision letting these things go, maybe I would feel more at ease with myself. I know the person that burdens herself the most is, well....me. I wrap myself in chains and as the Eagles say, "never know I have the key."

Well, actually I do know that I have the key. But, I'm afraid of using it at times. I've grown so used to the weight of the chains that I'm scared to know what it's like to feel "light." Funny word "light." You can feel light, meaning you don't weigh as much or....you can have "light". Light illumination in the darkness.

So....I digress as I often do. Taking the sidecar to other places in my thoughts. Opening this door and that one, just to remember what I put there. Another way of avoiding letting go. So...what will I put in the bottle today? What will I let go of - releasing it so I no longer have to carry it around?

Today I'm going to work on false guilt. It's a big burden. I put on myself the burden of things that I think others expect of me. I hold on so tight that I beat myself with it. Things I thought I should have done when there was no other alternative. Things I wish I had done when there was no way to to them. A lot of things. Guilt, as Sister aptly pointed out, is admission of a crime. We think we're more criminal than we truly are usually. Well...some of us do anyway. But that's another blog.