uh-oh, she's got that camera again 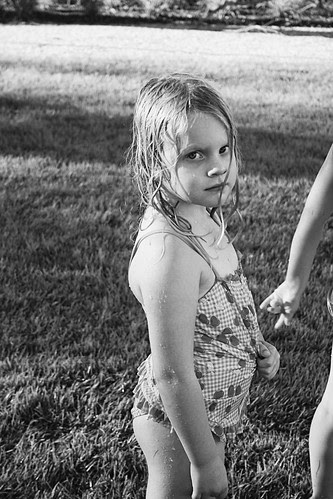 does this shot encapsulate the title without any further explanation? yesterday was my youngest brother's birthday so we celebrated with going to the farmer's market and g.a. was excited to play on the giant slip and slide they had set up for the children. note - never give a child with such a good sense of order and control a set up rules. she will make sure they are followed. there were about six little girls taking turns on this and g.a. made sure that each waited their turn and the slide was clear before then next took their turn. hilarious. 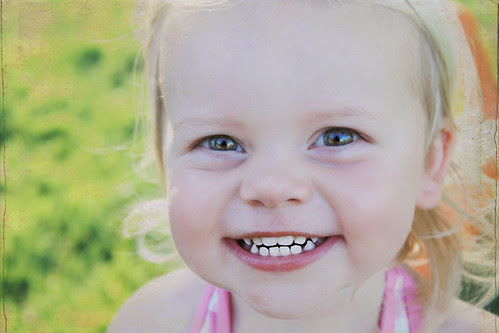 the youngest has starting saying 'cheese' as soon as she sees me. hmmmm, i wonder why? (not) have i told you how much i adore her smile? thought so....sorry (but i do).

ms g.a. has become obsessed with me and marriage. every time i see her she asks how i'm married to. last night when i was trying to explain divorce she asked 'was i sad?' well, no...not any more. 'why not?' it's been a long time. 'you can marry uncle pete'....well no....he's my brother. 'why not?' because you don't marry brothers. 'why not?' well, because. because. have you ever said that to a child? because because. i ran out of explanations.

photographers - do you ever fall in love with a lens? i'm very guilty of slapping on my 50mm and just going. but last night, for some reason, i put on my kit lens (18-55mm) and went to town. i forgot the sharpness and color saturation the lens has. wow. part of the sharpness is shooting at 4.5-7.1 apeture (which I rarely do) and a reminder that not every shot has to be at such a shallow depth of field. it's a good reminder to mix my lens up once and again. I want to try some fireworks photography this weekend - i hope it works out for me.

did i show you this shot? i played a bit with it as the theme just begged for a vintage look. 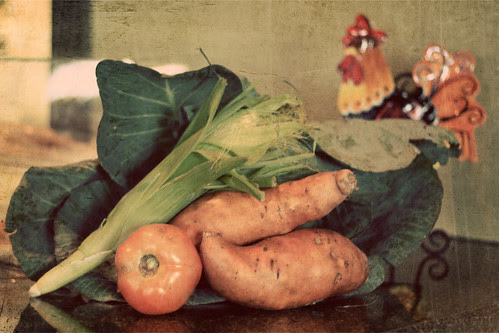 i need some yummy options for the 4th (can you believe it's here already??). i am thinking of an appetizer and a side dish for the barbeque (we've having pork ribs). nothing with corn or feta as other dishes have those options covered. i want to try my friend carol's goat cheese spread but i've never roasted bell peppers before. got any ideas?

***
ps - i discovered this photographer today going through some blogs. great stuff, right?
scribbled by Char