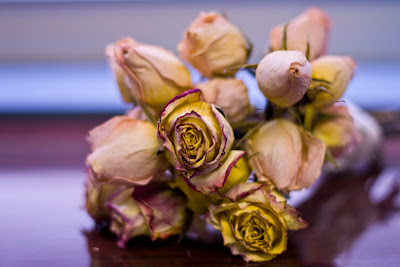 it's been a tough week so far.  exhausting and frustrating.  because i've worked here before people forget it's been quite a number of years.  they presume that i know a lot of routines that i'm not familiar with - part of it's my fault, i need to ask more questions but i a so tired of appearing like a dumbass that i don't.  then i have the supervisor that is almost never in the office....wah, wah, wah right?  sorry.
but, hopefully the rest of the week will be better.  we got a ginormous mailout (2,500+) out and the daily meetings have settled down into a groove where they are running smoothly.  hopefully tomorrow i can actually do some reading that i've had to put off for a while.
cute story - sunday night we were visiting with my brother, sister in law and two nieces.  my nieces are crazy for littlest pet shop animals and the two year old almost always has one in her little hand.  she brought one over to me and said, 'quiral (squirrel in kid talk)' and i looked - it was a cat.  so i said, kitty kat and made the appropriate 'meow, meow'.  *mulish look* 'quiral!  no, kitty kat.  this went on for a minute and finally, she reached her patience's end.  'quiral, quiral, quiral!!!'  so she took it over to my sister.  'quiral.  my sister said, 'quiral?  (looking at me while i mouthed 'squirrel')  my niece took that as an affirmation and looked at me triumphantly, 'tell lanie' (my family calls me lanie).  we clutched our sides laughing.  it is always amazing how much personality they have so very young.  their own sense of style, their likes and dislikes - everything.
for those that asked about the fuji instax.  the first two rolls were a real learning experience - where to put my finger so it's not in the shot, adjusting for the light, how to frame.  but i think i really like it.  i better because i just ordered 10 packs of film for it.  i'm going to scan what i think are my four best shots.  i just have to get to a scanner.  this is what i learned so far:
1.  think wide angle when you frame your shot.  if you are used to a digital cropping factor, it will pretty much go out the window.
2.  there is no autofocus - what you see is pretty much what you get - there is no aperture adjustment - it's one aperture and that's it.
3.  it's very sensitive to light adjustments.  it has four modes:  sunny, partially sunny, cloudy and night.  from what i can tell the flash is always on - the mode you pick will make a big impact on the shot and it defaults to night.  i blew four shots before i realized that because with the cooler weather it took a while for them to come up - overexposed looks almost the same as still developing.
4.  the shots are really tiny - like credit card size.  they feel like polaroids for barbies at times.
5.  the camera is pretty cheap - i found mine on amazon for around $80.  the film is not that cheap - it's around $1 a shot (if you buy in bulk it lowers the cost).  so, it slows you down and makes you think about the shot more.
all that being said - i love polaroids and i've never been able to put my hands on a good one or get film for them.  there are some shots that i just cradle in my hands lovingly gaze into that special dreamy world that instafilm has.  i hope i can share them soon.
scribbled by Char