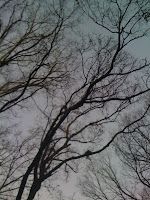 mandy sat alone in her room.  her fingers entwined in the pink cord leading to the princess handset pressed firmly to her right ear.  as she listened, she was aware of the post from her pearl earring poking into the side of her skull and the water dripping in the bathroom sink.  the last light of the late spring afternoon had turned golden and shattered as it hit the thin slats of her blinds.

she nodded her head as she listened to cyrus.  it was the call she wanted and dreaded.  would she be in the corps...would she be asked to join the company...or, crushingly, was she rejected - disappointing her mother's dreams of a prima ballerina.  the dreams her mother had for herself.  the dreams she gave up after the accident.  she shifted again as cyrus told her the critiques from the panel.  her arms were a bit short....her turnout a bit overextended...but her pointe work was good, her lines elegant.  mandy swatted at a dust mote that traveled across her sight, focusing on his words....but...unfortunately, they were not asking her to join.

mandy heard the silent click of the extension.  of course now her mother knew too.  she crossed to the bathroom and got a small glass of water from the tap.  as hard as she tried, she couldn't get the drip to stop.  she sat the glass on the tile as she tried, twisting, grimacing....that damn thing just wouldn't stop.  her hands shaking, she picked up the glass and looked into the mirror.  as she did, a tear fell silently down her cheek and dripped into the glass forming concentric circles, much like the pirouettes she practiced today.

it was later that night that she realized, they were tears of relief - her mother's were the ones that tasted of disappointment.
scribbled by Char