totally cheesing out with my mosaic this week 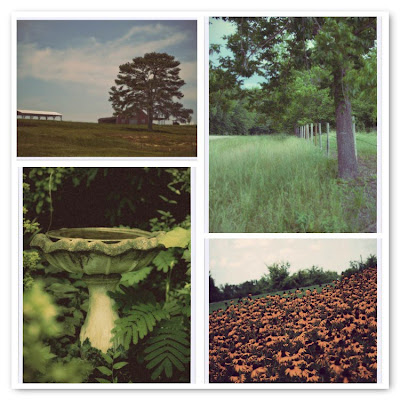 my contribution for mosaic monday. sadly, i've not gone out and made any shots besides the random around the house shots in a week. clearly not following the best advice i give any beginning photographer (which is shoot every day). after the panic last week of thinking my camera was stolen, i haven't had the time.

saturday i took an exam for insurance examiner - it was hard. i am a decent test taker and it took almost the complete three hours saturday. now, i hope i did okay with it. and no, it wasn't one of those, oh i think i did bad so i really did great kind of feelings - it was i really hope i did good. sunday was filled with household chores and checking on the basement cat. poor thing, he doesn't get enough attention so i made sure he was healthy and happy yesterday.

have you ever woken up on morning and hated everything that you've worked on in the previous week? i've been working on an in-service that just wasn't flowing right for me (HIPAA and the impact of ARRA - see, you're bored, right?) i think i've put my finger on the reason and after it's reviewed by the client this week, we can re-approach it and break it into two parts. the material is not the snappiest in the world anyway, no need to put the audience completely in sandman town.

so, hopefully shots and my challenge shot for LUT too. dani laid down a big gauntlet last night and i really want to stretch with this one. despite being so verbose around here...i'm really sort of shy about approaching new people so it will definitely be a giant leap.

and look at this way - i've spared you all the shots of my spider-bitten finger. about six weeks ago the tip of my left index finger was swollen and i thought i had an ingrown nail or infected cuticle. after a couple of days it got better and i didn't think of it again...until my nail started growing in all weird and bumpy. turns out, it was a spider bite (thank goodness it wasn't a brown recluse). now i have a bumpy nail growing in under my other nail and i'm having to gradually file off my other nail. ick, ick, ick. and thing is, i'm pretty friendly with my spider pals because i know they eat other insects. now, i'm not so sure they're so friendly - like charlotte.

and...i forgot the fun thing today - (other) char challenged me to draw my outfit today (my kinda selfie) and this is what happened. it wasn't pretty....believe me. 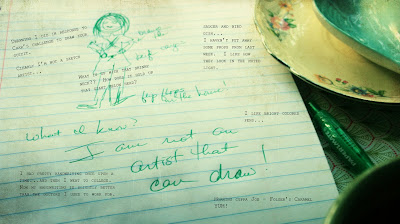