the impermanence of time...along with other observations 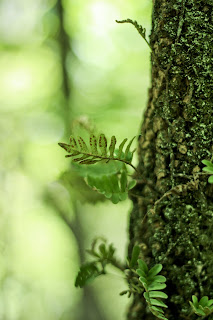 the clock ticking strangely sounds like the empty wasteland of my brain - echoing and darting around corners seeking information that seems to have disappeared.  yesterday was a nephew's birthday (12th) and a nephew's trimuph (he got his driving permit).  it blows my mind that one is old enough to shave and one is on the edge of teendom.  days like this (no matter what van morrison says) always make me flinch in the relentless onslaught of time.  i blinked first time...can you vere off now?  maybe for just a wee bit.  this breakneck speed you've acquired makes me feel as though i can't breathe.

time never listens to me. as i suspect, it doesn't listen to you either. it never listens to my suggestions of bending, stretching, stopping and starting - it just keeps going and going. wrapped up in this is the realization that my knees creak now every day and i wake up at the time where i used to think it was cool to fall asleep. but time is used to my curses and i remind myself not to waste time as there are no brakes on this railroad car.


*******************************
klutz move of the day: yesterday, while finally hanging pictures that have sat on my office floor for a couple months, i knocked my camera off my desk and killed my 50mm.  i was dismayed but then was thankful that i now have a job where i can replace it (a few months ago i would have just cried).  so, hopefully the new one will arrive this afternoon so i can shoot this weekend.  i've settled on two or three ideas that i hope work out...but i need a model.  *crosses fingers* if so, you may see the darker side of charlane.
random book passage of the day:  "that friday made the last of our fine days, for a month.  in the evening, the weather broke; the wind shifted from south to northeast, and brought rain, first, then sleet, and snow.  on the morrow one could hardly imagine that there had been three weeks of summer; the primroses and crocuses were hidded under the wintery drifts; the larks were silent, the young leaves of the early trees were smitten and blackened -- and dreary, and chill, and dismal that morrow did creep over!"  (bonus points for right guesses about the author {without googling}.  hint:  sir lawrence)
current obsession:  werther's creamy caramel filled chocolates
today on my ipod:  chain of fools (eva cassidy cover), dreams (brandi carlisle), imagine (john lennon), trouble (ray lamontagne), the man that sold the world (nirvana), and one (u2)....of course among others.
scribbled by Char