why i love words...or what happened on the way to the playground 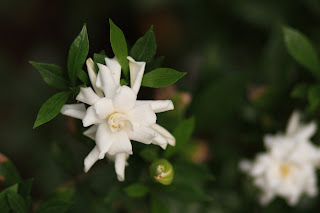 1:: i didn’t always like reading. i had difficulty learning to read because i was so shy. if asked to read aloud in my reading group, i would stammer and stumble across words. as children laughed and pointed I would retreat further in my shell. i had difficulty spelling because of performance anxiety and those stupid friday spelling tests. if relaxed at home, i could spell all day long but under test conditions i would fold. finally my mom bought a scrabble game in desperation do i could learn to spell under pressure conditions. her trick worked. she never eased up on me and it was always my goal to finally beat her. that didn’t happen until high school.

2:: i was sick a lot as a child. always with strep throat or some other sickness and stayed in bed a lot during winter. as a treat my father would bring home treats to cheer me up. he loved comic books and started me off on the donald Duck or the like until i built up to archie or the marvel comics he adored. later, he would bring me nancy drew, donna parker or hardy boys. i would curl up with those books along with the orange sherbet and ginger ale concoctions they would make me to soothe my throat. i still devour books in bed and this is one of my favorite comfort things to do.

3:: my competitive streak finally kicked in about fourth grade when i discovered i got along better if i didn’t duck and shy away. i would show the other kids i was a good reader too. i had a wonderful teacher that year who let us build construction paper chains by the number of books we read. i was focused on having the longest chain in the class. we could also get extra points by bringing food that represented our books or some other “project”. it was a way to lose ourselves in books. i lived to be Jo March during those days. well, jo or madam curie. But i didn’t like that whole dying thing about curie but i did love that she discovered something so amazing.

4:: reading bailed me out of a lot of tests and homework. i have a pretty good memory and i rarely studied for tests. instead i would read all of the material the night before the test and do good enough to pass. this worked until i went to college and found out the the system up was mucked up and more difficult than memorization. i actually had to learn to study and that sucked.

5:: reading and words transported me away from some very bad times. i grew up in a household with a terminally ill child, an largely absent father (he worked from dawn to dusk) and a mother too distracted by a sick child and other children. i could go to my room, get a book and put on my headphones and be anywhere else in the world. i actually learned more about sex from books than from my mother. her version of the birds and bees was basically, “you will bleed, men expect sex, you will get pregnant”. yeah. one day, walking with some friends we found a old tattered copy of “sweet savage love” by rosemary rogers (yes, i remember the title to this day). we were 12 and it was hot. it described sex in romantic, tawdry, sexual, dirty, steamy ways. we sat in our hideout and read passages. we underlined and passed the book around. we giggled and snickered. it was great until my mom found the book and threw it away after lecturing me about how disgusting it was. (funny after finding her stash of 'true confessions' under her bed.)

6:: my grandmother lived in philly and we didn’t get to see her but once or twice a year. she believed in mailing magazine subscriptions and then i got the youth version of reader’s digest condensed books. it wasn’t until a few years later i realized how condensed the books really were and enjoyed getting to read the full version.

7:: i learned that words earned a person respect. that if you spoke well and could articulate your thoughts, people listened. i felt i was mostly invisible in grade school, so this was a powerful new tool. i revealed in it. i love debate and discussion. i love taking the devil’s advocate position. i could stay up all night discussing issues and listening to all of the sides.

8:: i daydreamed about writing the “great american novel” when i was in high school but never could formulate the words. part of me still dreams of it…but i can’t find my voice. in the mean time, i enjoy reading people that can write. just like a painting, song or dance - there are masters of the word craft. i sit at their feet and marvel. they have comic voices, passionate voices, heartfelt and true voices. the turn of a phrase - the alliteration - the analogy. i sit stunned and seduced by words. i think that’s part of why I also love music. combine the power of words with the beat of a drum and i fall.

9:: i started blogging as a way to work through some painful episodes. bad break-ups, past ghosts, stupid things. i wrote, posted and deleted many things. then one day, i explored and found other blogs. there were other people that wrote about feelings, failures, funny times, sad times…it was all out there. i responded on a couple of blogs and people started visiting my blogs. i felt welcomed. the circle grew and every day i get introduced to more and more people. this is the power of words. words give you the ability to connect millions of people.

10:: finally, words are comfort and warmth during a chilling of your soul. they give your heart wings when its too full to remain grounded. words give voice to your grief when your heart is broken and shattered on the floor. words are everything. they give distance when you’re shy and need your space. they open the door to new friends. they seduce. they make love to your eyes, ears and heart. they educate you. they empower you. they are.
scribbled by Char