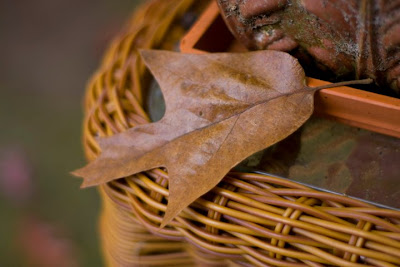 as i struggle through the last of the gratitude month, i have thought a lot about topics to post after thanksgiving.  as with any project, the beginning is full of promise, the middle is dedication and dutiful, and the ending is usually rather sad and sometimes a let down.  i tend not to pretty things up and believe in an authentic voice.  when i'm up - you know it.  when i'm down - you probably know that too or sense that when i'm not around.

and what i need to let you know that i appreciate you letting me be authentic.  that you read even when i'm struggling with anger, sadness, confusion...i appreciate that friendship and closeness that develops after what, three years for some of you guys...perhaps longer for a few.  another reason i've been pondering the "authentic" is going to see the leibovitz exhibit at the museum this weekend.

i've been a leibovitz fan for a while - even though some would argue that she just "clicks" the camera now instead of doing all the things that we as struggling photographers do (dress the set, pose, light, process, etc.)  i was completely engulfed by the exhibit, "women."  susan sontag authored the book that accompanied the exhibit, but the portraits truly stand alone.  powerful, evocative, heartbreaking, and united by being female in all the various forms.  powerful women, unknown women, athletes, workers, artists, mothers, daughters...the gamut.  a celebration of the female...and the real.  while some would argue that the famous were portrayed in a more flattering light i would argue that they were treated the same - it's just that the famous are probably more used to being photographed.  blthye danner is not afraid to show her crowfeet.  but, the thing that stuck me most is that i doubt photoshop was used.  there were women with bruises, freckles, wrinkles, chin hair, pretty, not so pretty, muscular, skinny, overweight, pot bellies, jiggly underarms, smooth skinned, oily skin, dry skin.  they were women.  and i didn't judge them on their beauty - what i was struck by was the statement each of them made in their photograph.

i wanted to pull up a chair and sit and stare at each of the portrait for hours.  i wanted to crawl inside leibovitz's brain and suck up all the thoughts and ideas she had as she approproached the subjects.  looking at the framing and the composition - i heard instructors in the back of my head and then watched as leibovitz broke those rules (don't put someone in the middle of the frame, don't have such a shallow dof that the ears are not in focus, smooth out the skin so the chin hairs don't show...)

today's gratitude - i'm grateful for each of my friends that take the time out of their day to read this little bit of my life. that support and guide me through my tough times.  that laugh with me when i need it and also hold my hand when i need it.  i could never say thank you enough.

today on my ipod - nothing really because i've been running to meetings all day....but, if i could - i would be listening to scratchy french records (circa 1940s) .... and would maybe be sipping on some tea because it's drizzling rain outside and looks very cold and dreary (even though it's only in the 50s.)
scribbled by Char